Optimizing movement to improve your basketball experience for life!

Want to schedule a FREE 10-minute call with Us?

Click Here to Schedule your FREE call with The Basketball Doctors

What People Are Saying

Choosing The Basketball Doctors was the best decision I made for my ACL recovery!

To start off, as a college soccer athlete I’ve had a total of three separate knee injuries which all required surgery (2 ACL tears and double menisci repair). For each injury I have seen three different physical therapists, with the The Basketball Doctors, specifically Dr. Lopez, being the third. My previous experiences with physical therapy… and the therapists themselves holds no comparison to the treatment I’ve received with the Basketball Doctors team. I’ve been given access to innovative techniques, sparsely seen at other rehabilitation facilities. I’ve been given one-on-one care every single session. I’ve been pushed both physically and mentally which has made me stronger than I could have gotten on my own accord. My cares, concerns, and questions have all been addressed and my treatment plan is my own; not some generated list applicable to all ACL tears. The most telling however is the fact that I would absolutely recommend both family and close friend to The Basketball Doctors and Dr. Lopez because I feel it was the best decision I could have made for my own recovery! Read more “Choosing The Basketball Doctors was the best decision I made for my ACL recovery!” 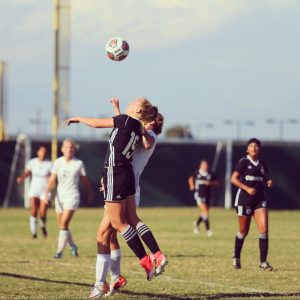 Recovery from a Torn ACL

I had the pleasure of working with The Basketball Doctors (Marco the most) for the better part of 2018 for physical therapy to recover from a torn ACL in my left knee. I had ACL reconstruction surgery (allograft) on April 12th, 2018. I had really good insurance and was able to work with them for… a full 9 months to rehab my knee after the surgery.
Marco was not only a physical therapist but a friend and counselor who was able to empathize with my new reality of a sedentary lifestyle for the first 6 weeks. He himself had ACL surgery a mere 3 months before I did and knew exactly what I was going through and the frustrations I was feeling.
We quickly bonded because of this shared experience that we were both going through. Within 2 weeks I was walking with a single crutch and by the fourth week I was walking with no crutches at all. My gait was a little wonky at first, but Marco was able to diagnose any issues early on and correct them before they became permanent. I remember many occasions where I felt fine but Marco would pull out his phone and show me the video and point out minor issues that I needed to work on, or that he said would eventually work themselves out with time and strengthening.
After I regained my gait, the next phase was strengthening, balance and muscle building. The Basketball Doctors had a myriad of different exercises that they were throwing at me – each session they would introduce at least 1x new exercise which kept the rehab fun and interesting. Yes there were many, many, many squats, but there were just enough other exercises peppered in to keep it fresh and unique. The progression of the exercises was logical and methodical, each one building on the previous. I was amazed at not just the variety of exercises he had me doing, but the fact that I couldn’t do many of them with my good leg, never mind my bad leg (ie weighted one-legged squats on a Bosu ball?!?!?). This was a huge confidence booster which proved integral in my eventual return to sport. I felt stronger than I had ever been, and this was very reassuring when it came time to start running and doing other athletic activities.
The ultimate testimony to The Basketball Doctor’s ability is my return to sport, in particular downhill skiing. Nine and a half months after my surgery I went skiing for the first time. I booked the trip a good 3 months in advance and was planning on taking it easy and sticking to flat groomers as an easy transition back to skiing. As fate would have it, Park City got 2 feet of fresh snow over 3 days while I was there. Soooo…. I promptly ditched the groomers and proceeded to shred the s%*&! out of that mountain! Double diamonds, trees, and when the backside bowls finally opened up, you can be damn sure I was on that chair to catch the last bastion of fresh snow. My knee felt great! A little stiff in the mornings but after the first few runs it loosened right up. Working with The Basketball Doctors and Marco, and going through the gauntlet of exercises he gave me provided the confidence I needed to throw caution to the wind and charge down the mountain full bore. My friends said they would have never guessed I had an ACL injury judging by the way I was skiing. That statement is the epitome of recovery – when you are back to how you were before the injury. So – aside from the brace which the surgeon says I need to wear for another year – I guess I consider myself recovered. I still have some strength training left to do to get back to 100% in terms of size and endurance, but as far as playing the sports I love, I’m pretty much back to everything I did before my injury.
I can’t thank The Basketball Doctors and Marco enough for helping me recover from my torn ACL. It was quite a journey – one that definitely changed me, both physically and my mental outlook on life. I’m eternally thankful to The Basketball Doctors for helping me through my recovery. Thanks guys and shoutout to Marco – I couldn’t have done it without you! Alan PS: Go PATS!!! 😉 Read more “Recovery from a Torn ACL” 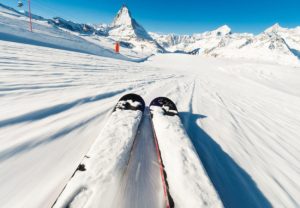 I had two latarjet shouler reconstructions (both shoulders) and an arthroscopic AC Joint repair on my left shoulder this last summer. Injuries resulted from playing high levels of ice hokcey. Gabe was my physical therapist for both surgeries. He did an amazing job! I was allowed to start PT 3 1/2 weeks from surgery and… within 2 weeks of Gabe working with me I had about 80% mobility back after both surgeries. After 3 months from the last surgery I was able to start weight training. Within 3 1/2 months from the last surgery I was able to perform trap bar deadlift at 370 lbs. My goal was to get back into compete shape as if I were going to go back and play NCAA ice hockey and Gabe was able to give me a strong base in order to do that. I can’t recommend The Basketball Doctors and Gabe enough! He is super personable and takes a genuine interest in helping his clients get better. He will match your drive and push you to get better while also keeping your safety priority. Most people don’t like going to physical therapy, but he made it fun. I looked forward to going to PT the three days a week that I went. Currently I am able to lift weight that I couldn’t before the surgeries and I owe a lot of that to Gabe. He is a first class person and physical therapist! If I ever need more PT, Gabe and the Basketball Doctors, are the people I am going to! Read more “Rehab following 2 shoulder surgeries with The Basketball Doctors” 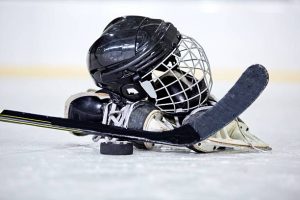 I can truly say that The Basketball Doctors are head and shoulders leading the game in basketball injury prevention and rehabilitation! They are extremely passionate, knowledgeable and motivated to keeping basketball athletes safe and minimizing injury and improving healing times. I would highly recommend them for any basketball athlete at any age in order to… become more aware of their body awareness and movement mechanics! Read more “Prevention is Key!” 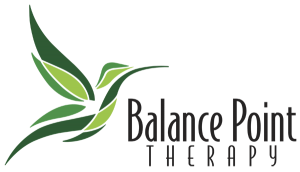 Had ACL reconstruction and meniscus repair after a basketball injury. Was at about 6 months post op but was unable to run and felt considerably behind in my rehab and had lots of pain. Was referred by a friend to see Gabe and it changed my recovery entirely. Within 3 sessions I had already felt… significantly better about my recovery. Currently I am just over a year post op and feel just as good as before the injury. If you want to get serious about rehab and recovery these guys are the way to go! Read more “ACL reconstruction and Meniscus Repair”

When I found out I tore my ACL a year ago, I was absolutely devastated. Having done the same thing to my other knee 10 years earlier, I knew what lay ahead of me in terms of surgery and rehabilitation. That being said, I am so grateful I found The Basketball Doctors because the minute… I started my rehab they have been nothing short of amazing. I worked mostly with Marco several times a week for a year to get myself back into fighting shape and I can honestly say I am in way better shape now than I was before the injury. Not only are they incredibly knowledgable about PT and knee injuries in general, but they are honest, hard-working and genuinely fun people to be around. I can’t tell you how much of a difference it makes in your recovery when you are looking forward to your PT sessions. They challenged me during the workouts, but also provided care with the utmost compassion. My recovery progressed a lot quicker than I expected, I was up and walking within 2 weeks. Marco was super accommodating with my schedule, especially when it changed drastically 6 months into things. Once I was cleared to return to sport, Marco also set me up with gym workouts to prevent any re-injury in the future. I refer anyone I can to these guys, I truly cannot recommend them enough. Read more “The Best Physical Therapists You’ll Find”

I love The Basketball Doctors content! Get so many great ideas with higher level patients and clients. Keep up the good work guys! 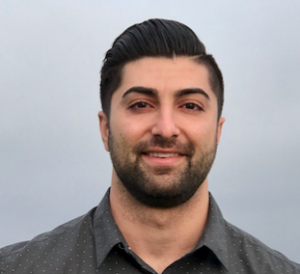 Stay Up To Date With The Basketball Doctors' Podcast

The Basketball Doctors assume no responsibility or liability for any injury, loss, or damage incurred as a result of any use or reliance upon the information and material contained within or downloaded from its website. The Basketball Doctors are unable to provide any warranty concerning the accuracy or completeness of any information contained herein. The information provided in the videos are by no means complete or exhaustive, and, therefore, does not apply to all conditions, disorders, and health-related issues. The information is not intended to be physical therapy, medical advice, or treatment. Any reference to or mention of any particular diagnoses or dysfunctions is intended for informational purposes only and not an attempt to diagnose your particular problems.
Always seek the advice of your physician or other qualified healthcare providers before starting any new treatment or discontinuing an existing treatment. Talk with your healthcare provider about any questions you may have regarding a medical condition. Never disregard your doctor’s medical advice or delay in seeking it as a result of something on this site. Reliance on any information provided by The Basketball Doctors is solely at your own risk. 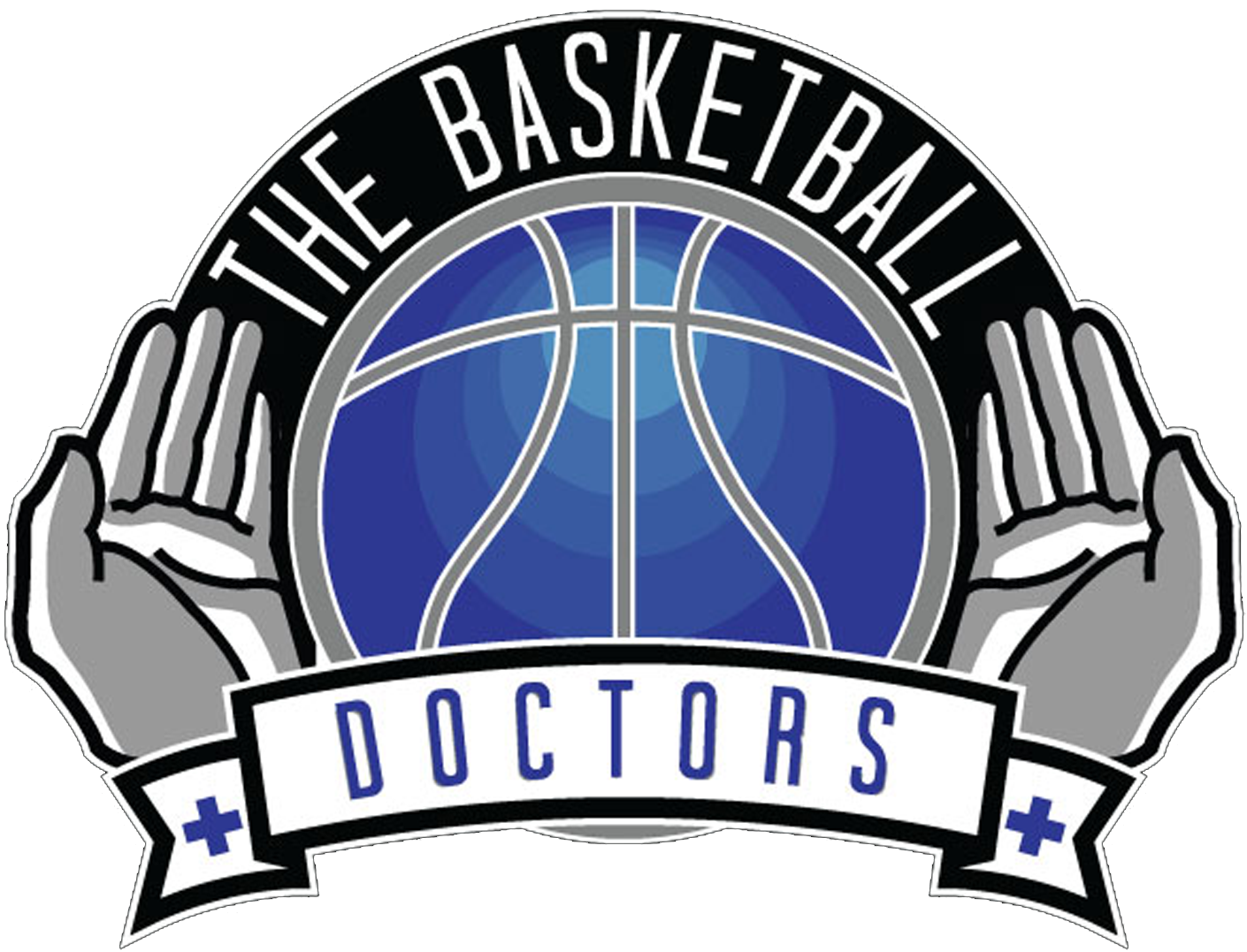