To empower the basketball community with evidence-based information relevant to injuries, injury prevention, and rehabilitation, as well as, movement re-training to optimize performance of all skill level athletes.

As avid basketball players as children, the love for the game continued to grow throughout our lives. From watching the game being played at all levels to attending basketball camps to going through the ups and down of our own basketball journey. We each experienced numerous injuries and set-backs, which exposed us to the realization that our childhood dreams of playing in the NBA was not a realistic goal. As a result, we re-evaluated our goals and focused on our education, which led us to becoming Doctors of Physical Therapy at the University of Southern California.

Equipped with our attained knowledge throughout our educational careers, we wanted to combine our passions for healthcare, movement, biomechanics, and basketball to provide information, care, and training for the basketball community.  Although playing basketball for a career is no longer the driving force of staying connected to basketball, we hope to make a positive impact on the game we love by helping and collaborating with anyone involved in the basketball community to meet a common goal; whether it be making the high school/collegiate team, playing in weekly recreational leagues for life, or optimizing movement and skills to play recreationally and professionally.

Schedule your FREE 10-Minute call with The Basketball Doctors Here 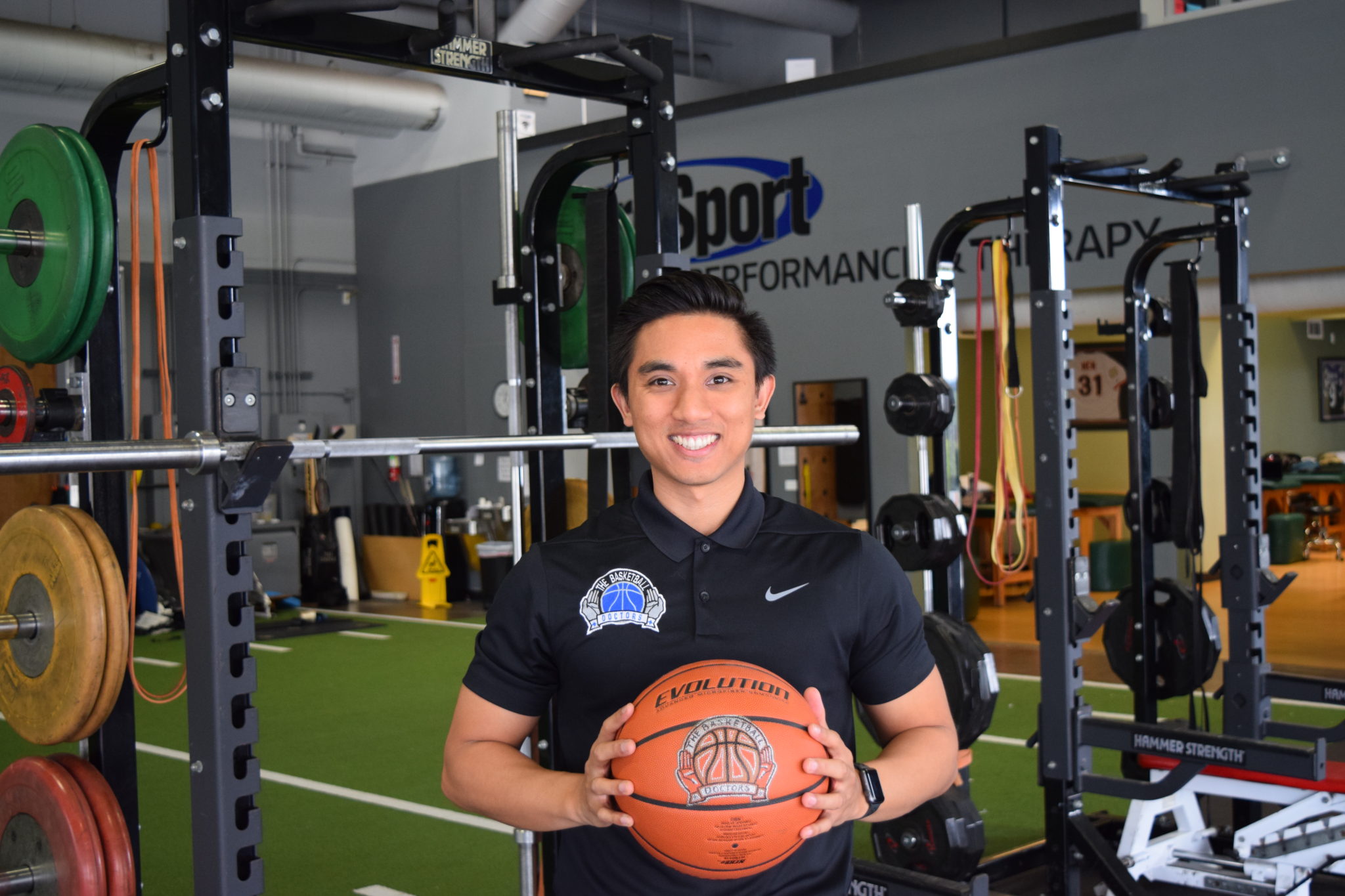 Gabe was born and raised in the Bay Area in Northern California, and currently resides in Orange County. He played basketball and golf competitively as a child and into high school, and had the opportunity to play on the D1 practice/scout basketball team at the University of the Pacific.

Gabe received his Bachelor’s degree in Sports Medicine and a minor in Psychology. After completing his undergraduate degree, Gabe entered USC’s Doctorate of Physical Therapy Program. He was an active member of USC’s Physical Therapy Multicultural Leadership Alliance as the Treasurer.

On his free time he likes to stay active with sports (basketball and golf the most), rock climbing, working out, outdoor activities (camp, hike, & snowboard) and trying new food. Gabe currently practices at ProSport Physical Therapy & Performance at their Newport Beach/Costa Mesa location. 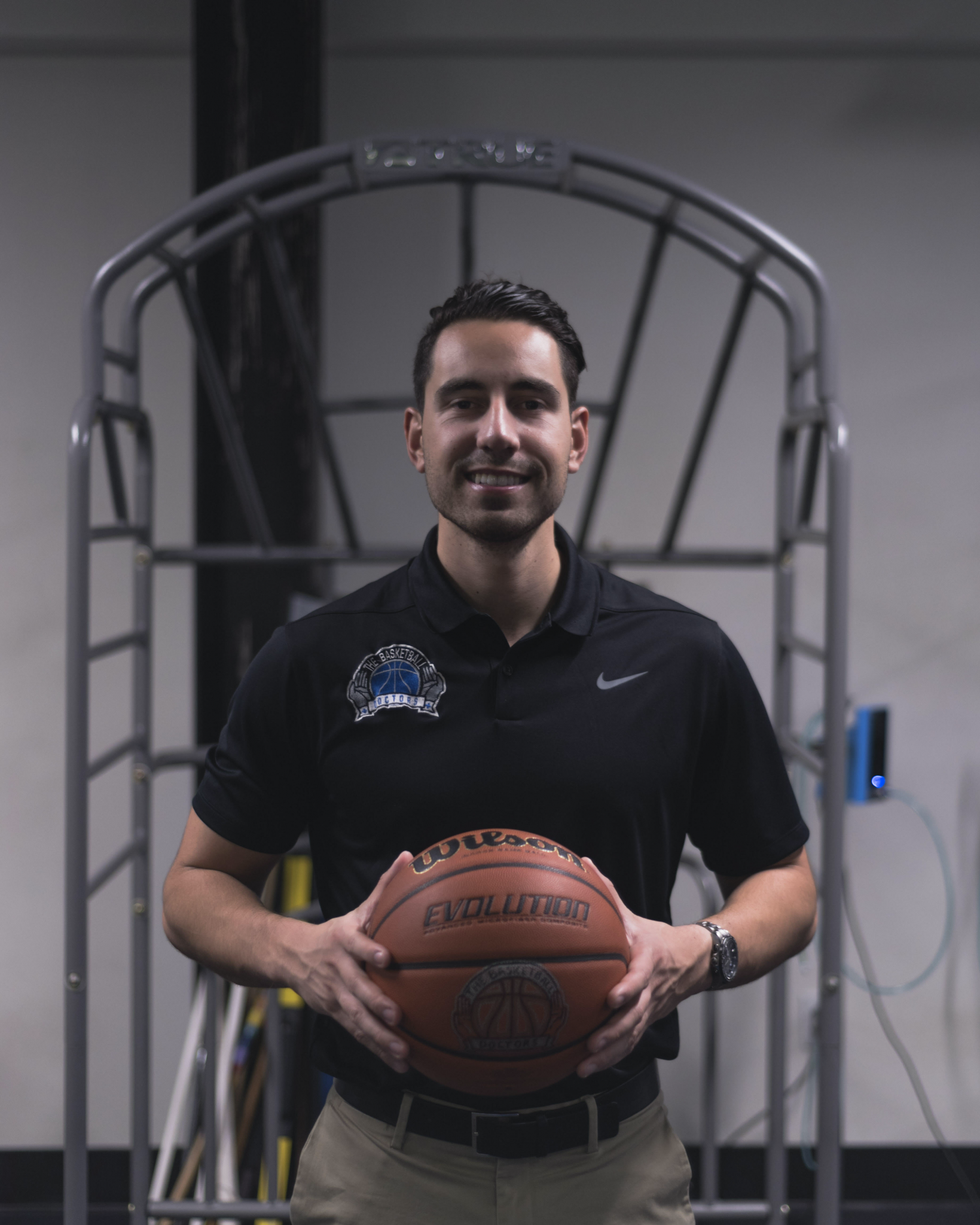 Marco was born and raised in Los Angeles, California. After graduating from the USC’s Doctorate of Physical Therapy program, he moved to Hermosa Beach, California. Marco grew up playing several sports (basketball, soccer, swimming, and water polo) but his main focus was basketball. He suffered several injuries while playing basketball, which limited his high school basketball career, but his injuries introduced him to the field of physical therapy.

At USC Marco earned his Bachelor’s degree in Human Biology with an emphasis in Applied Physiology. From 2011 to 2014, he was a Student Athletic Trainer and a Physical Therapy Aide. He worked alongside the USC basketball, football, and volleyball teams. After completing his undergraduate degree, Marco entered USC’s Doctorate of Physical Therapy program. He was an active member of USC’s Physical Therapy Multicultural Leadership Alliance as well as the director of the Community of Outreach.

When he is not in the clinic, he enjoys working out, playing sports, surfing, and rooting for the Trojans, Lakers, Dodgers, and Rams.